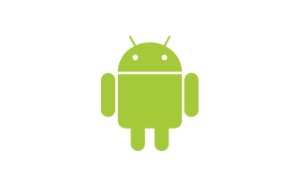 The recent release of Android 4.1, also known as Jelly Bean, may lead to the most secure online experience to be had on a smartphone.

It seems like no internet-enabled device is safe these days from the nefarious reach of hackers and spammers. Google, however, thinks it has an answer for its Android operating system at least.

The recent release of Android 4.1, also known as Jelly Bean, may lead to the most secure online experience to be had on a smartphone. In particular, PC Magazine highlighted three main updates with Jelly Bean to make using an Android phone a safer experience.

A big change, according to InformationWeek, is that the new operating system has memory randomization. This makes it much more difficult for hackers and malware to guess where information is within a phone.

Another nice feature highlighted by PC Magazine is a new add-on to the locked screen that displays an emergency contact phone number. Google also made a security update for apps, making it no longer possible for one app to able to glean user information from another one.

As of July 20, only two devices have Jelly Bean, Galaxy Nexus phones and the Google Nexus 7 tablet. However, PC Magazine said the Samsung Nexus S and Motorola Xoom should get Android 4.1 soon.

“Keeping your software up to date is the number one way to prevent malware from seeping in, but on Android, patching isn’t in your control. It’s in your carrier’s,” Sara Yim wrote in PC Magazine. “So if you’re among the 99 percent without Android 4.1 your devices are still vulnerable.”

This update comes just in time for security-conscious Android users. A report released on July 19 found that Android malware attacks increased by 300 percent from April to June as compared to the first three months of 2012.

Has Google added enough layered security to Android 4.1 to stop threats, or should more have been done? Leave a comment below to let us know!