Our Dev team has been busy plugging away at this much-anticipated release. Here is what you can expect from Deep Freeze 8.56!

We’ve had a long-standing issue where our customers could no longer use the Windows Update Caching feature on computers with Windows 10 build 1703 and onwards. This was because of a change that Microsoft introduced in their Windows Update mechanism. However, we’re able to now address the caching issue by assigning a drive letter to the cache folder. Once you upgrade Deep Freeze to v8.56, we will automatically assign drive letter B:\ to the cache folder which can be further changed by updating the Deep Freeze configuration. By the way, the drive is hidden in Windows Explorer. 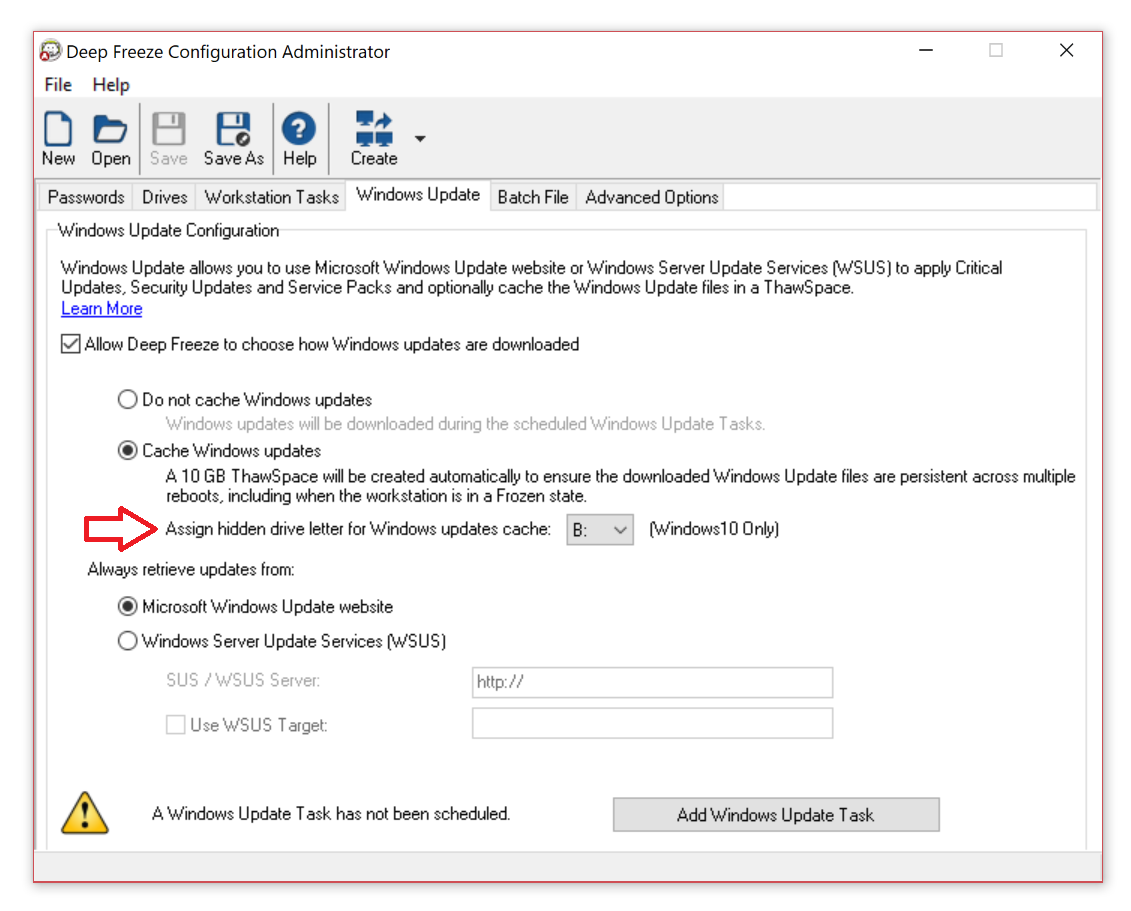 Deep Freeze users may experience reoccurring reboots where the computer cycles through several Thawed restarts due to ongoing Windows Updates. This may happen because Microsoft sometimes incorrectly assigns the “in progress” status to some “successfully” completed updates. While we could not address this issue ourselves, we’ve made improvements in Deep Freeze that speeds up the recovery process, reducing the number and duration of Thawed restart cycles by 60%.

We encountered several customer use cases where they required the system drive to be always Thawed. Customers are now able to do so but it is not generally recommended by Faronics to Thaw your system drive as it defeats the purpose of protecting your core operating system.