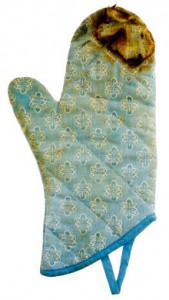 Here we go again… A new Apple product is released and days later there’s controversy. First there was “Antennagate” with the iPhone 4. Then “Batterygate” with the iPhone 4S. Now with the new iPad it’s “Heatgate”. Reports have been flooding the news that the latest and greatest iPad can heat up to 46°C (116°F). Is that too hot to handle? Apple doesn’t think so.

I’m not surprised. To get the “resolutionary” retina screen to run requires a lot of power. A whole 2.5 times as much power as the previous model. The fact that the battery life is the same as the iPad 2 but runs a screen with 4 times the number of pixels couldn’t have been an easy task.

So aside from the fact the new iPad had to get a bit thicker and a bit heavier to accommodate this, a bit more heat makes sense.

One has to wonder though how much testing was done on the product—or any of Apple’s products. I find it hard to believe that no one testing the new iPad used it for a long period of time and didn’t experience this heat issue.

If people did experience the phenomenon, why do they think it’s operating well within their thermal specifications while consumers around the world are freaking out? I’ve used mine for hours on end and have yet to notice any issue, let alone stop to use it as a frying pan to cook my dinner on.

Sure it may be hotter than the iPad 2, but it’s not life threatening. Over 3 million new iPads were sold in the first 3 days so it’s still a hot product (sorry, pun alert) compared to the competition. Reports state the heat issue is an isolated matter though—not everyone is getting hot in the hand from surfing the web.

A few out of 3 million is nothing to get hot under the collar over. The issue is slightly overblown at this point. In time, if more people start complaining, maybe it is an issue to be raised. For now it’s too soon to tell.

Have you noticed a heat issue with your new iPad? Or maybe you do now that there’s been attention drawn to it? That’s the real question to ask…