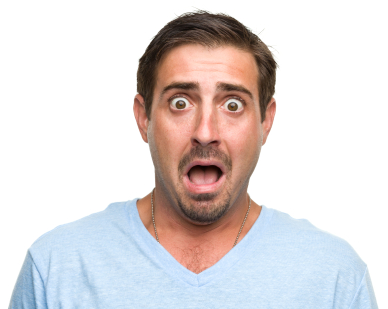 You know that feeling when you’ve left home only to realize you don’t have your cell phone? Or you’re out doing errands, watching your battery life slowly drain away down to zero percent. You won’t be home for at least an hour—will it survive that long?! Yes, that feeling. Don’t worry, you aren’t crazy. It’s Nomophobia (no-mobile-phobia) and you’re not alone.

The fear of being without your phone is on the rise. A survey in the UK found that of 1000 people polled, 66% of them are afraid of being phoneless. Four years ago it was only 53% and men that were the worst. Today it’s the women. Are you surprised?

I recently had my phone stolen on a vacation in the US. The initial aftermath was filled with the standard gamut of emotions—denial, anger, sadness, pity, back to denial… you get the picture. The next day I found out I couldn’t do anything until I was back in Canada. Looks like would be phoneless for a week! No contact with family, friends, Facebook—nothing!

I didn’t lapse into a coma surprisingly. Some people might though. At first I did steal my friend’s Android a few times to get my fix—updating Facebook statuses, checking email, the odd text. Then I started to get annoyed because it wasn’t an iPhone and it didn’t like my fat fingers. How many times do I have to retype a word before it types out right?? I gave up altogether. I’d rather be cellphoneless than use an Android.

As the days went on, I really didn’t care that I didn’t have a phone. There, I said it. The world didn’t end and life went on. The sun still rose in the morning and fell again at night. Of course, the moment I got home I replaced the phone. Wouldn’t you?

Our phones are comforting. It’s not even uncommon to sleep with your phone beside you (on the nightstand). Maybe you wake up in the middle of the night (say 3:30?) and check it to see if anything new has happened? In my case it’s usually to see emails from the UK office that I really shouldn’t be seeing until I get to work at 8am.

Since the smartphone boom is new, nomophobia isn’t seen as “real”. Too many people have it so it’s just “normal”. Regardless—whatever it is—it’s only going to get worse. We do everything with our phones these days. They wouldn’t be called smartphones otherwise! Siri might not be too bright (at least in Canada), but she’s still smart. Android phones can even be our wallets!

As technology advances, we rely on it more. It does more for us so we don’t have to. Do you actually know the phone numbers of all of your friends and family? I don’t. Nomophobia is less about not having a phone and more about the realization that without it you wouldn’t be connected to anyone anymore. Your brain doesn’t do the work, your phone does.

This is just another example of how advancing technology is affecting us. It makes our lives easier, so we become dependent on it—sometimes too much! Is it making us dumber? Where do you stand? Could you be without your phone?