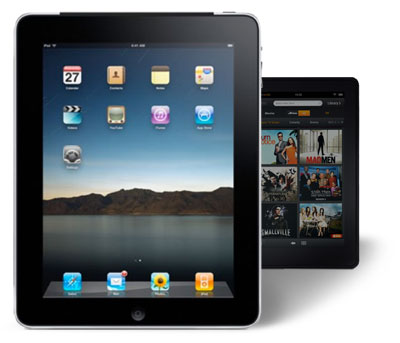 The Kindle Fire is only a month old and already people are digging it a grave. Reviews have been unkind, people are complaining and some don’t even want to admit to owning one—returning theirs. Where are all of the features? You know, the ones we’ve come to know and love on the iPad. Well the Fire is not an iPad. Does that make it a failure?

Sure there aren’t any security options to protect the Fire. It’s also all touchscreen, all the time—which is slow at times, other times it just lags. There are no physical controls for things like volume or a home key—like on the iPad. What do you expect though, it’s $199.

Price keeps people away from tablets. Not everyone can fork out the cash for an iPad. HP learned this lesson with its TouchPad. It got no bites at $499, but when the price was slashed to $99 to liquidate inventory people snatched them up faster than a Kardashian marriage. One last production run even resulted.

Amazon backs the Kindle so much that they lose money with each device sold. Who cares though, Amazon wants market share. The same kind of market share Android phones have dominating the mobile market. They are cheaper and have more selection, which gets people using smartphones easier than Apple can. Power in numbers.

Once people use the smartphone and find value in it though, they’re more likely to dole out the cash for an iPhone. People are curious about tablets. They weren’t before. But Apple created the market need for them. Where others tried and failed, Apple succeeded. We already see the value in an iPad because of this, and it has become the standard that all tablets are compared to out of the gate.

Amazon promises some software fixes in the upcoming weeks which can cure up a good chunk of the issues. In the end, you get what you pay for. If you spend $199 on a tablet, you get $199 worth of features. You spend $499 for one, the same holds true. It’s not like the Fire is useless. It’s just not an iPad.