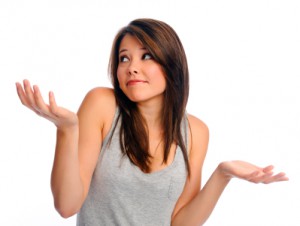 The internet and social media has spread news faster than anyone could have ever dreamed. Now we’re slammed with news from all over! A scandal? We know about it. A sale! We’re on it. A natural disaster? Can we hear about anything else? Are these things all happening more, or is it just hype and awareness?

Let’s use “climate change” as an example. Global warming has been a hot topic (no pun intended) in the last few years. The earth heats, we get  hotter hots and colder colds—the weather gets extreme. Headlines appear, citing severe storms spanning several states and spawning hundred tornados, the coldest temperatures in 40 years, or the most snow in 50.

Is this cause for alarm, or are we just hearing about the weather more than we used to (is that even possible)?

We hear about earthquakes happening a lot more too. Are we at the dawn of earthquakeapalooza? Should I be worried the big one will finally hit Vancouver soon? **True, I probably should. It’s due any day now…** Are earthquakes on the rise though? Or am I just freaking out from hearing about so many all of the time?

Those are just the natural disasters—what about the manmade ones? We hear about data breaches all of the time. Banks, Universities, Hospitals, Smartphones—is anyone safe anymore? Sure most data breaches are preventable, but is there an epidemic crippling us? Is IT security doomed? Or is it just media hype and an overflow of coverage from the media?

News today is easily available. We don’t have to go looking for it anymore, it finds us. Some people don’t watch the news simply because they don’t need to. They’ll find out about major stories on Facebook or Twitter.

Sadly, many news stories report news based on unverified data being passed around on social media. Most stories exploding on Twitter are also just that—blown out of proportion. I can’t even count the number of times I’ve heard that DJ David Guetta has been killed in a car accident via Facebook and Twitter. It’s like every few months. I start seeing condolence posts appear places and I think “oh no, not again!”

If a news story is trending on Twitter and a news company isn’t reporting, it’d be embarrassing. Of course if the sources were wrong, reporting false news could be just as bad for them.

News via social media is never 100% reliable. A lot of the time it gets skewed and distorted as it gets spread through the channels. Retweets, reposts, shares, etc.—the message breaks down quickly. People don’t check the info before they pass it on. They just react, comment, and tell all their friends. Wildfire!

The news is never really good news anyways. Does the fact we hear more about the bad stuff mean that the world is spiraling down? Or is it just that we are more aware of it all? You tell me. Where does that leave us?