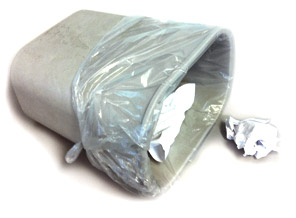 This afternoon about 12:40pm (PST) a 6.4 earthquake hit off the coast of Vancouver Island. No damage, maybe just a garbage can falling over. At the time you couldn’t find any official reports of the earthquake. What you could find were posts on Twitter and Facebook. Lots of them. You’d think that the Big One did finally hit from the reactions.

Some people felt it, others did not. I personally didn’t feel a thing. I was at the gym. I returned to my locker to find 7 text messages, 3 missed calls and a voicemail. Um, okay… The first few texts I read were all generally “Are you okay???” I started to get really concerned until reading the fifth message where someone actually used the word ‘earthquake’ to give me some sort of clue as to what was going on.

Natural disasters are always a hot topic to share on social media. When Japan was hit by a major earthquake in March, social media played a major role in spreading information about the crisis. Some information was helpful, but not all of it. False information about lack of supplies or radiation dangers contributed to widespread panic that was unnecessary.

Information spreads fast with social media, and because of this hackers have started using it as a prime target for their attacks. I can’t even count the number of times I’ve heard that David Guetta died in a car crash over the past couple of years. Even just today NBC’s Twitter account was hacked and used to post false news of another attack on Ground Zero. All of this just stirs things up and spreads some panic amongst the public. People don’t check the information first. They take it at face value and pass it on.

In Vancouver’s case the earthquake was minor and no great panic spread. I only had to spend 10 minutes texting people back letting them know I was fine. Despite actual news being released about the event, people still rely on their initial source of info. My Facebook news feed still has posts from friends hoping everyone in Vancouver is OK. We’re fine.

Lesson to be learned from all of this? Think before you post.