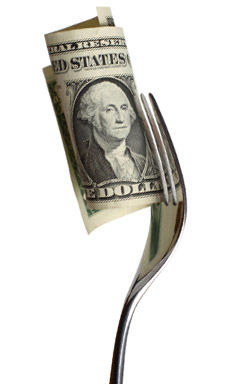 Who knew that buying lunch could cost you more than you think? Unfortunately the bad guys are out to steal a lot more than your lunch money. Cybercriminals are after your credit and debit card information. That’s right. The University of California Riverside (UCR) campus food services division was hit this month by serious cybercrime.

Hackers managed to breach the cash register system affecting 5000 victims. Data exposed includes cardholder names, numbers, expiration dates and even encrypted PINs. Students, staff, and visitors who paid for their meals with plastic during summer 2011 through to November 16th are at risk.

The UCR dining room customers are being asked to monitor their accounts for fraud. How big is it really? Well to date 17 people have complained of bogus charges to the campus police and we don’t know how many have reported directly to their bank. And there may still be heaps more to come.

After securing the system on November 18th, UCR began notifying the community five days later. Although university breaches are not uncommon, food services breaches are new. Although UCR food services division has dealt with fraud before, they haven’t seen a breach of this magnitude. It seems hackers are getting smarter and going after unusual places.

So what’s the moral of the story? If you don’t want to buy lunch for yourself and 10 strangers, should you go back to using a good old fashion five-spot?