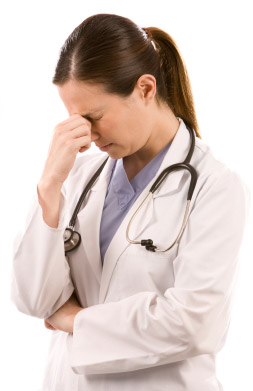 The headlines are flooded with medical data breaches. Criminals are attacking healthcare institutions frequently and it seems they’re having a good deal of success. The recent barrage of class action lawsuits is driving the cost per patient through the roof.

Most recently, California’s Sutter Health made serious headlines. A computer was stolen that held confidential information for 4.2 million patients. Not only were personal contact details and birth dates revealed, but for 943,000 patients, diagnoses and treatments were also revealed. The class action lawsuit is asking $1000 per patient, plus legal fees. If successful, Sutter Health could payout over $4.2 billion.

Tricare is also making headlines as their data breach may affect 4.9 million patients over the past 20 years. Backup tapes were stolen while in transit from one work site to another. Sadly they were not encrypted. The tapes were left unattended for more than eight hours in an employee’s personal vehicle during what they call a “routine procedure”.  The class action lawsuit is also asking $1000 per patient, reaching a total of $4.9 billion.

With major breaches like Sutter and Tricare, the asking price is now set at $1000 per patient. The shear size of these breaches is creating skyrocketing costs and hopefully causing other health institutions to think seriously about patient privacy.