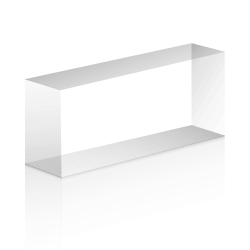 It’s official. We’ve arrived in the future. Technology has reached new heights with “augmented reality glasses”. Google revealed its prototype on Wednesday for special wearable glasses that help you stay connected and explore the world around you all at the same time. Sounds a bit like Robo Cop to me. These mind-blowing glasses layer email, video chat, Google search, and GPS.

Ok, so will we really wear these futuristic goggles? The jury’s still out on that. But they are trying to engage potential consumers now in order to solidify their success. The good news is that the lenses don’t cover the entire eye thank goodness, so you don’t have to worry (as much) about users bumping into you while you bustle down the sidewalk. Actually they look like something straight out of a Star Trek movie. The premise behind the design was to allow technology to be available when you need it, but to get out of your way when you don’t.

The glasses work on voice control and users simple have to look up to engage the display. Now you no longer have to take out your phone to take a picture, but press a button on your glasses. Oh and you’ll never get lost again with these magic devices, just ask Kit, I mean your glasses, to pull up directions… or even send a message to a friend. So is wearable technology the next trend? And should Apple be concerned?

Google has already released several prototypes for testing and announced they will begin testing “Project Glass” with the public later this year. I’m excited to see more about what Google has in store and maybe even test the product out. But I’ve got to ask, is the digital contact lens next or will computers start to beam technology right into our brains? And on an exciting twist, are we all turning into modern versions of Agent 007?