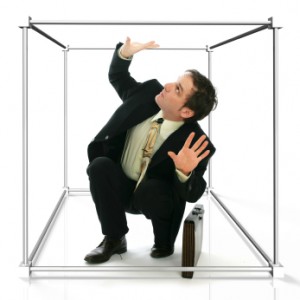 The words “Google” and “change” have been pretty interchangeable these days. You think the change is over? It’s not. We haven’t seen anything yet. So much has changed that employees are even jumping ship—and not quietly. Is Google collapsing on itself and taking us down with it?

The recent changes Google made to its privacy policies didn’t start it all. The ball dropped with Google+. Instead of trying to be BFFs with Facebook, Google felt it needed to compete with it. Wrong move. The result? The “little start-up search engine that could” became an advertising beast, hell bent on profit.

The recent exit of James Whittaker returning back to the land he came from prior to Google (aka Microsoft) has been making headlines this week. Namely because Mr. Whittaker has been making said headlines, shouting them to the world from Microsoft’s official blog. He loved Google before Google+ and hated things after it.

Google had a pretty sweet deal though. It was famous for searching the web. So much that the term “Google it” is used instead of saying “search the net” (sorry, “Bing it” doesn’t do it for me). Its brand became synonymous with its function, the same way Kleenex did for tissue and arguably iPad may become for tablets.

If that’s the case, why try and become synonymous with “social”? I’m sorry, but try and try as Google has, Google+ is in arrested development. Facebook can get crazy at times with new features—some people like them, others don’t—but in the end the number of people who delete their accounts is small. Deal with it, it’s free.

Resistance is futile, chance is coming. Google+ may be tragic but Google is still focusing its attention on reinventing the search. It’s got to pay the bills! The new and improved search does have your best interests in mind. Maybe too much though.

Before if I searched for nearby restaurants, I could be given results for Indonesian or maybe all-you-can-eat buffets. Sorry, no—not my cup of tea. I might have to sift through pages and pages of results until I found something I liked. What if Google already knew what I liked? What if it knew me?

All my results would be options I’d actually choose from. That’s possible, thanks to all of the new found data collected on me from my various Google accounts, forming my “entity”. This helps deliver results tailored just for me.

The problem is that while I may not like some search options, seeing them is still important. What if I was with people who liked Indonesian? Having that as a choice for the group could get my rubber arm twisted and a new dining experience to follow. I might love Indonesian!

Food is one thing, but what about news? If Google knows you, then all the news you’d search for would be skewed to your viewpoint. How informative is that? It’s not, it’s biased! You’d be spoon fed everything you’d want to hear. Maybe you don’t think it’s a bad thing? I do.

The news is already biased. Less than a handful of corporations control every news outlet in the country. You may read the local newspapers and watch the news on various stations, but if they’re all owned by the same company are you really getting objective information?

No one today has time to really dig deep, so we depend on RSS feeds, favorite links and our favorite news station to keep us informed with the “latest news”. If we don’t see the other side of the coin are we really learning anything or just keep spinning our wheels with what we know? It’s not a good thing.

The point is that you need to be exposed to other viewpoints. Whether it’s restaurants or news—you can’t live in a bubble. If you can’t see the other side of the coin you become sheltered and you can’t grow. You remain in arrested development.

Google has your best interests in mind with catering to you. But does it really?