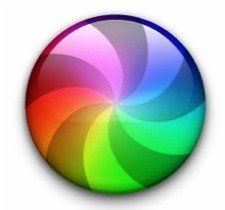 Is your Mac running a little slow all of a sudden? Are you seeing the “Spinning pizza wheel of death” everytime you click on something? Chances are yours might be one of over half a million Macs that are now infected by the “Flashback” trojan.

Macs are no stranger to viruses. But this one is definitely making the rounds. According to a Russian security vendor Dr Web, about 600,000 Macs have installed the malware – potentially allowing them to be hijacked and used as a “botnet”.

The largest amounts of bots – based on the IP addresses we identified – are in the US, Canada, UK and Australia, so it appears to have targeted English-speaking people. Dr Web also notes that 274 of the infected computers it detected appeared to be located in Cupertino, California – home to Apple’s headquarters.

Flashback was first detected last September when anti-virus researchers flagged up software masquerading itself as a Flash Player update. Once downloaded it deactivated some of the computer’s security software.

Later versions of the malware exploited weaknesses in the Java programming language to allow the code to be installed from bogus sites without the user’s permission.

Apple released its own “security update” on Wednesday – more than eight weeks later. It can be triggered by clicking on the software update icon in the computer’s system preferences panel.

The security firm F-Secure has also posted detailed instructions about how to confirm if a machine is infected and how to remove the Trojan.

Although Apple’s system software limits the actions its computers can take without requesting their users’ permission, some security analysts suggest this latest incident highlights the fact that the machines are not invulnerable. Are you considering anti-virus now?