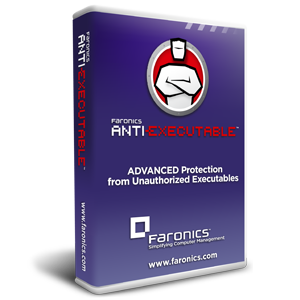 We’re excited to announce the release of Anti-Executable 5.0, our application control solution. It’s revolutionary improvements make application control provisioning, management, and reporting easier than ever. Now it’s even easier to use and provides more flexibility for customization. Here’s how.

Other Important Changes. In making Anti-Executable easier to use, some features were deprecated.

We’d love to hear your thoughts on Anti-Executable 5.0! If you have any questions or feedback, please share your comments.

Register now for our Anti-Executable 5.0 webinar, scheduled for Tuesday, May 8th at 10am PST.