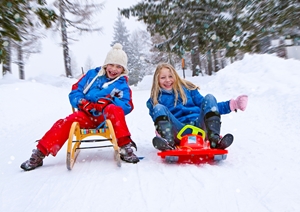 Updated: March 28, 2017. For parents, technology is great because anything that can make their lives easier is valuable—especially when it comes to their kids. In response, some school districts have started using social media to keep in touch with parents. Twitter, Facebook, text messages and email alerts now announce things like school closings due to inclement weather. Parents and kids can find info right away by checking their smartphone or going online. While social media is a great tool, it can also introduce new problems and complications.

Social media complications
But, as often happens, social media also makes snow days and other school decisions more complicated. Instead of announcing a decision, it becomes a conversation between school administrators and parents. A school’s Facebook page can become a back-and-forth between a concerned parent and a frustrated staff member. On one snowy day in New Castle County, parents got on social media and complained that school should have been canceled. The result? Kids were sent home early.

Another potential issue is making sure that social media announcements are legitimate. In one school district in Appoquinimink, Delaware, someone created a fake Facebook account under the superintendent’s name. The person announced that education was more important than safety, which is why school had not been canceled. Parents were outraged by the message.

School officials announced it was a prank, and state police are investigating who is responsible. Still, there isn’t a lot that districts can do to prevent these kinds of problems from occurring. Local police officials explained that creating imposter profiles on sites like Facebook isn’t considered a crime, even if it results in confusion and incorrect information being distributed.

The solution? Parents should rely on school websites and trusted sources to find out about school closings. If they hear that school is canceled from someone on Facebook, they should still confirm the information directly with the school. Social media can be a great tool for parents, students and educators, but it should still be used wisely. Schools can help by communicating about ways that parents can stay in-the-know about important news, alerts and announcements.

Do you think schools using social media is causing more harm than it’s worth – or that it’s a useful tool? Please let us know by commenting below!