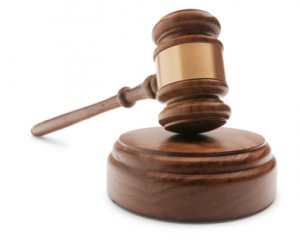 In September of 2010, 18 year old Tyler Clementi from New Jersey wrote on his Facebook page that he was jumping off the George Washington Bridge—and then went through with it. Why? He had been cyber-bullied by his college roommate, Dharun Ravi.

Ravi had set up a webcam in their dorm room and caught Clementi kissing another man on tape. Ravi tweeted about what he saw, and hosted a “viewing party” to allow other students to watch the footage. Clementi had arrived to university just a few days after coming out to his parents, so he was a little fragile.

Just a few weeks ago, the bully faced trial. Ravi was found guilty of all 15 charges against him, including invasion of privacy, and anti-gay intimidation. He was not charged in connection with Clementi’s death however. Ravi could face up to 10 years in prison.

There have been a few outcomes of Tyler Clementi’s death. The state of New Jersey established a new anti-bullying law as a direct result of this particular case. As well, the school that the boys attended, Rutgers University, has changed its policy on housing, and now allows people of the opposite sex to live together if they wish, in an attempt to make LGBT students more comfortable.

Bullying is a serious matter, and the verdict in this trial sets a precedent that it won’t be tolerated or treated lightly.