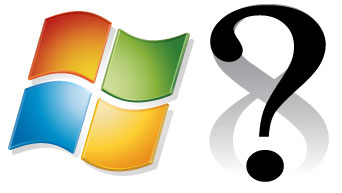 We’ve all been told to not judge a book by its cover. But what if you only buy the book for the cover and don’t really care about the story inside? Forrester reported Tuesday that’s how people approach buying a tablet. Think of the “book” as the tablet and the story is its OS. If people don’t care about the story, Windows 8 may be out of luck before it even arrives—and it’s not coming any time soon.

The story was a lot different a few months ago when Microsoft officially unveiled its plans for its next OS. It would focus on mobile and touchscreens and have everyone’s favorite ribbon! But months have passed and people are bored now. Forrester reports demand is dropping every day, down from 46% to 25% in half a year.

The tablet market is hot right now and the longer Microsoft waits to get into the game, the harder it will be to have any sort of success. The bar keeps raising regardless if you’re waiting to make your jump or not.

Sometimes the waiting game can boost demand. Rumors of the iPhone 5 helped build buzz (maybe too much buzz) for the new model. Sales for the iPhone 4S were still high but they could have been higher. Many people couldn’t wait any longer and jumped to Android, helping sales soar for devices with the Google OS in the last quarter.

Microsoft is hoping to win in the same way—focusing attention on the guts like Google. An OS can be installed on a number of different devices, all of various levels of quality and price. The more devices you’re on, the more exposure you get. That equals success, right?

The lesson Microsoft will learn though is its at the mercy of the hardware vendors that make the tablets. The longer it takes for Windows 8 to come out, the less demand consumers will have for it. That could result in fewer vendors wanting to even support the new OS. Windows 8’s fate could be sealed before it even gets out of the gate. Better late than never? We’ll see.