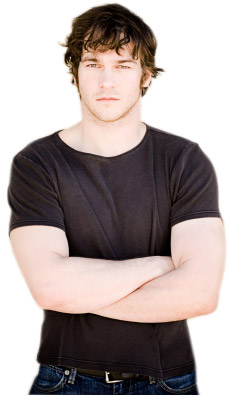 There’s been a lot of talk lately about mobile computing. Yes, it’s a trend, it’s real and it’s taking the world by storm. Reports make it sound like once you go mobile, you never go back—your desktop disappears. Not true. Some of us can’t just unplug. Some of us won’t.

Don’t get me wrong, I love my iPhone and iPad. I use both a lot for surfing the web, browsing stock photos, emailing and blogging. They get the job done, but only part of it. When I need to do serious graphic/web design and multitask with email/blogging work—neither will cut it. Ever. It’s desktop time.

As a graphic designer I’ve easily learned size matters. Size and power. The bigger the screen(s) and the faster the computer—the better! I use Adobe Creative Suite and there’s no way that’s going to fly on just a tablet. Same thing goes for others that use software like CAD, Visual Studio, Maya, 3D Studio… Good luck!

My first attempt at ‘mobility’ years ago was with a laptop. To get the best of both worlds I ended up with a beast of a machine. It had a full sized screen 17” screen, weighed 25lbs and sounded like an airplane taking off.

The beast served its purpose in the short run, but failed because the (one) screen was still too small and machine was too slow. No question about it, I needed a desktop.

Sure it’s tied me down, but it’s my command center and I know it’s not going anywhere. A hardcore processor, lots of RAM and a video card capable of supporting three giant LCD monitors—now that’s something you don’t turn back from! A laptop or tablet can’t do that.

Not everyone is in the same boat though. Many can become fully mobile. If all you need are documents, spreadsheets and powerpoint presentations, then perfect! There are plenty apps and cloud services just for you. Microsoft Office hasn’t ended up on the iPad (yet?) but Documents in the Cloud is a good alternative.

The PC is changing—rather its OS is changing. It’s merging with mobile, but it’s not going anywhere. The goal is to have a universal computing experience no matter what you’re using. Apple’s latest OS X in one step closer to convergence with iOS. Windows 8’s public beta goes live this week—one OS to rule them all, desktop or mobile device.

The fact mobile sales are beating desktops doesn’t mean they are taking over. It means they are being added. Everyone already has a desktop! The desktop isn’t going anywhere, it’s just getting a new best friend.