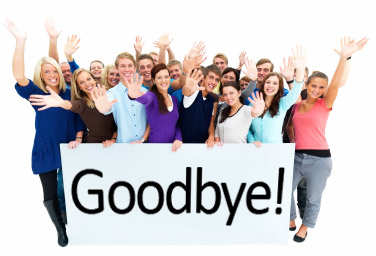 I can’t keep up with everything that is dying.

We are told print advertising is dying, email is dying, PR is dying, and even the web is dying. One of the biggest and most high profile items on this geriatric list is the PC.

But this isn’t news to anyone…is it?

When I began researching the “end of desktop computing”, I realized quickly that this topic has been covered; a lot. According to Google, 67 million times.

The evidence is mounting; we are indeed entering the post-PC era.

Earlier this year, IDC reported that sales of smartphones have surpassed PC sales. Microsoft is also preparing for life after the PC with Windows 8. The latest version of Microsoft’s operating system will feature an app store and support for both touchscreens and mobile platforms. And if you still doubt all of this, just look at the list of victims from the mobile trend: HP, Dell, Blackberry etc.

I know that many of you will argue that desktops are still needed for the enterprise environment, and you are right, they are, but mobile is still an enormous threat. Like it or not the use of personal mobile devices are in the workplace already. And these users aren’t interested in whether or not IT approves.

It’s going to be a while before IT gets a handle on the consumerization trend. And when they do get their head wrapped around it expect to see some innovative solutions.

So in a sense, it truly is the end of an era. On a side note, it is also the end of my era at Faronics. I have accepted a position with another company. I hope you miss my blog posts as much I will miss writing them.