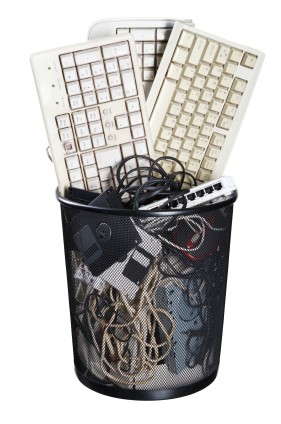 Nothing lasts forever and not all technologies can be a success. Sometimes even the best ideas don’t work out the way we expected. Here are five technology failures that left a lasting mark:

Microsoft Bob: Microsoft  Bob was released in March 1995. It provided a new, non-tech interface to desktop computing operations. Sadly, Bob never quite caught on and was cancelled after just one version. Bob even once placed 7th in PC World magazine’s list of the 25 worst tech products of all time.

Betamax: Launched in 1975, Betamax, or Beta, was the first popular consumer VCR on the market. Because it initially held only one hour of video, Beta had trouble competing with VHS that was capable of holding an entire movie. By the late 1980’s Beta was almost completely eclipsed by VHS. Surprisingly Beta machines were still made up until 2002.

Apple Newton: Apple wasn’t always successful. The Apple Newton (1993-1998) was an early line of personal digital assistants (like the Palm Pilot). While it stuck around for over 5 years, it was never as successful in the marketplace as Apple had hoped. Cost and its large size led to its ultimate demise.

Apple Lisa:  Created in 1980, the Apple Lisa was the first personal computer to include integrated software and use a graphical interface. Sadly it was a commercial flop for Apple. Businesses found the price too high and chose to run the cheaper IBM PCs, which had already began dominating business desktop computing.

DIVX:  Originally known as Zoom TV, the DIVX was created by a group of entertainment lawyers as an alternative to video rental in 1998. The creators teamed up with Circuit City, whose plan was to challenge the Open DVD  format and supplement it with a system that could bring revenue to Circuit City every time someone would watch a movie. It didn’t work, and lasted less than a year.