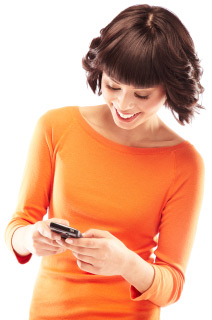 Simply using a Mac or a smartphone doesn’t mean you’re safe from viruses anymore. Mobile malware and Mac threats are starting to show up more and more—and it’s just the beginning.

Hackers want the biggest payoff with their viruses, so they aim at where they can cause the most damage. For years that’s been the PC market by a landslide. Not to say Macs haven’t done well, but why aim for 10 when you could hit 1,000?

PCs are not the one and only pick anymore. Recently Mac sales have been growing. The rise of mobile devices has also only just begun. Hackers noticed.

Mac based Trojans have been found this past week. One disguised as a PDF and another as an Adobe Flash Player plug-in (sucks to be Adobe). Both are said to be harmless (which is good) but shows hackers are no longer just ignoring Apple when they make computer viruses.

When it comes to mobile devices, many of you do everything with yours. If you install an app with hidden malware, just think of all the personal info that can be stolen.

Android is being hit hard right now. Not so much the iPhones. Apple has a strict review process before giving anything the gold seal of approval into the App Store. This safety net protects you.

Jailbroken iPhones let you download and install apps made by anyone. Many are cracked paid apps that let you install them for free. This sounds great but who knows what you’re installing. Be careful—getting “The Game of Life” for free could end up stealing yours!

This isn’t a full blown problem yet but you should be cautious. Just remember to think before you click—no matter what device you’re using.