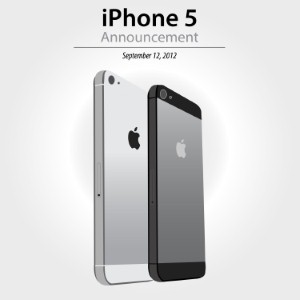 The iPhone 5 is technically a smartphone, it has just about every feature you could want from a PC. But, does it have the attributes of an ENERGY STAR approved computer as well?

While the recently announced iPhone 5 is technically a smartphone, it has just about every feature you could want from a PC. But, does it have the attributes of an ENERGY STAR approved computer as well?

Green experts at CleanTechnica and TreeHugger recently took a look at some of the specifications recently announced with the latest iPhone to see just how environmentally friendly the new device will be:

Pros:
· New A6 chip included is not only faster, but more efficient at using energy than was the chip found in previous iPhones.
· The device has a longer battery life than what was found in previous editions. The new iPhone 5 is purported to allow for two more hours of 3G browsing, an extra hour of Wi-Fi browsing and 25 more hours of standby time than was featured in the iPhone 4S. All this means that iPhone 5 owners will spend less time with their chargers sticking out of outlets.
· The case is again made from metal, as opposed to glass. This is expected to increase the durability of the new device, which should mean that the phone is less likely to break and create demand for replacement parts.
· The camera, while having the same number of megapixels as the camera found on the iPhone 4S, is faster and allows for panorama picture-taking. As iPhones continue to replace digital cameras and other gadgets, there could even be a consolidation of the global electronics supply chain which promotes more responsible use of resources.

Cons:
· One of the major issues relating to the sustainability of the iPhone 5 has to do with the new, smaller dock connector that is not found on any other Apple device. As a result, all previous Apple accessories will no longer be directly compatible with the iPhone 5. While the company has said it will be manufacturing an adapter, TreeHugger speculated that many people will instead throw out their old Apple accessories and buy new ones, thereby creating more waste.
· While the iPhone 5 may have some eco-friendly features, both publications noted that it is not very “green” to buy a new piece of technology when not necessary, even if the old cellphone is recycled.

If you are someone who would only buy an energy saving computer, will you get an iPhone 5? Did Apple incorporate enough eco-friendly features into the new device, or will the waste associated with the new dock connector compromise sustainability?