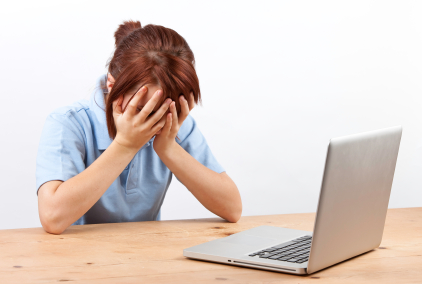 A report titled Teens, Kindness and Cruelty on Social Networks is shining some light on the dark issue of online bullying. An alarming 88% of teens today have seen cruelty on both Facebook and Twitter. Even worse, 90% of teens opt to ignore cruelty when they see it.

Social networking is supposed to bring people together, not drive them apart. I didn’t even have internet when I was in school! I grew up in a time where you had to use a library for research—something many kids today don’t even know how to do. When it came to bullying, it happened in the “good old fashioned way”. In the flesh in all its horrifying glory, complete with emotional scars years later to prove it. That was enough for me.

Teens today have the upper hand with technology. Social media is a big part of their lives. For some it is their lives. To “live” means to be online—and they are 24/7. They have smartphones that do everything, they use the cloud as a scapegoat, and they can even learn from home. Mobile and social tech trends are already big name news and both are only going to get bigger in the coming year.

Despite how integral social networking is in most teens’ lives, in-person bullying is still the fan favorite for mean kids today. However, the study shows only 19% of teens have been the victim of bullying of any sort. Only 15% said they’ve been targeted solely online. Is that good news?

All these stats are great, but what do they really mean? Only 19% of teens being victimized might not seem like a number to be alarmed over, but it is. Bullying is a serious issue and it can really damage someone. Social media can amplify this damage. This report says nothing of the how bad the cruelty was.

Name calling? Taunting? Some bad comments on photos or Facebook statuses? How about ongoing public humiliation in front of the whole world to see online?

Kids can be cruel and the illusion of anonymity the web gives people seems to fan the fires. With teens committing suicide each and every day from bullying, even 1% is enough to be concerned over. No one needs to die. Social networks shouldn’t condone cruelty, they should prevent it (eg. the It Gets Better network).

In the end though, despite the fact 9 out of 10 teens see antisocial behavior online, 78% of them report social media leads to positive outcomes. It doesn’t sound so positive to me. What do you think?