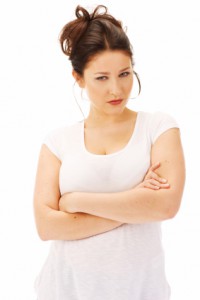 A hacker affiliated with Anonymous has gone too far in his pursuit of hacktivism – hacking crimes that target social issues. The British Pregnancy Advisory Service (BPAS) website was compromised last week by a man using the alias Pablo Escobar. The next day, police arrested 27-year old suspect – James Jeffery.

Over 10,000 records were stolen from Britain’s largest abortion services provider last Thursday. BPAS noticed over 26,000 attempted break-ins within a six-hour period that day. The website was also defaced with an anti-abortion message and the Anonymous logo. To make matters worse, Jeffrey threatened to release the information to the public on Friday.

So why did he do it? Because he disagreed with the choices made by two women he knew who elected to terminate their pregnancies. Wow. Threatening to expose over 10,000 women who faced difficult and private decisions simply because you want your voice to be heard is beyond extreme… it’s certifiably crazy. Thankfully the judge agreed and denied Jeffrey bail.

Most hackings today are still motivated by financial gain. But we’re seeing a rise in a different type of hacking motivated by social justice, like the Occupy Movement. Should we begin to worry about this new breed of hackers that think it’s okay to cause extreme social damage just to prove a point?