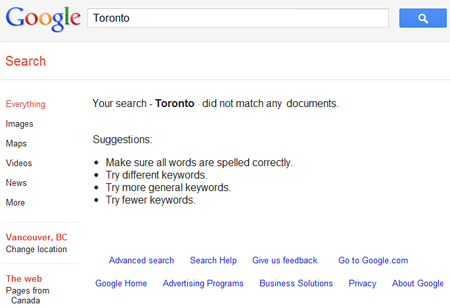 The Occupy movement keeps getting uglier. The Anonymous hacking group has threatened to remove Toronto from the internet if the city continues through on plans to evict protesters at Occupy Toronto.

A 90-second video was posted over the weekend on YouTube warning Toronto politicians not to try to force protesters out of St. James Park this week. The video went on to say “You have said that by next week the occupiers shall be removed. And we say by next week if you do not change your mind you will be removed from the Internet. We have already planned for this.”

While the city is confident that its systems are secure, it is taking the threat seriously.

A collection of Occupy supporters have been living at the Toronto park since last month. Like most of the Occupy movements, like the one here in Vancouver, it has  increasingly come under attack for lack of a clear agenda.

Anonymous has been a strong supporter of the Occupy movements since September, when protesters began camping in Lower Manhattan. Since then, the movement has spread to locations across the world.

In response to police efforts to clear protesters in Oakland members of Anonymous launched denial-of-service attacks against the Oakland Police Department’s website. This resulted in temporarily shutting down the website, and also publicly posting info about police officers names, ranks, and shift hours.

Ontario Progressive Conservative Leader Tim Hudak said on Monday that it was time for the occupation of St. James Park to end, and that he would support forcing protesters out if necessary. However the Toronto protesters claim their work is far from done.