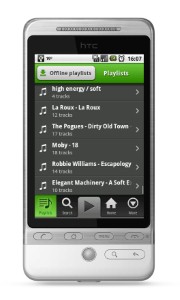 Android users should beware of new threats that may pop up on their mobile devices.

Own an Android phone and looking to stay free of malware and viruses? It may be time to start looking at layered security now, as more reports of bugs on these devices have been coming out as of late. MSNBC reported a fresh batch of malicious apps have showed up in the Google Play store.

One threat – the NotCompatible trojan – has been reported on a lot, because it seems to be the first threat to mobile devices from a website. After visiting a compromised website, you might be prompted to download a system update that is actually malicious. But MSNBC identified a bunch of other threats, including an app called “Spy Phone PRO+” – you can guess from the name that the app has spying capabilities that experts say make it dangerous.

“Android app security holes have long been a concern because of the mobile operating system’s more open architecture and the app market’s less stringent standards for developers than others such as Apple’s iOS or Research In Motion’s BlackBerry OS,” the news source reported of the long-time concerns that these Android devices may be less secure than other smartphones.

The news source said they contacted Google, which said it has taken steps to remove the apps from the Google Play store that violate the company’s policies. Many can take solace in the fact that Google is looking out for these bugs, but safety and security is always the best route online.

The need for safety was really apparent earlier this year, when PCWorld reported that there’s a security hole on both Android and Apple iPhone devices’ Facebook apps. Login credentials were not being encrypted and were therefore left for any cyber criminal who may have wanted to log into someone else’s account. I’m sure they would have been nice and not posted any fake Facebook statuses (yeah right), but keeping a layered security approach to guard passwords should be a must for any mobile user or computer owner.