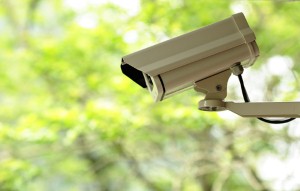 New reports show that the United States and other governments around the world are increasingly using web-based tools to gather evidence and monitor the behavior of its residents.

In George Orwell’s classic dystopian novel 1984, Big Brother uses cameras and other technologies to constantly monitor and record the behavior of citizens. While the United States government hasn’t gone to this extreme level, new reports show that Uncle Sam and other governments around the world are increasingly using web-based tools to gather evidence and monitor the behavior of its residents.

Immigration enforcement based on commercial data
Earlier this year, the U.S. Immigration and Customs Enforcement agency announced that it was creating a joint information-sharing program with the U.S. Department of Homeland Security. FierceGovernmentIT reported that the system is designed to take in incoming information collected from the various departments, including data relating to border screenings, customs seizures and other law enforcement activities. The database is automatically updated once every two days, and dates back to more than 20 years ago.

The system, according to FierceGovernmentIT, is collected data from more than governmental sources though. The information sharing program, known as FALCON-SA, will also be able to input and house information purchased from commercial databases or from news sources. In addition, all reports made by concerned citizens noting a suspicious activity or person will be entered in the database.

Governments look to Google for data
Not only can news stories potentially be used as evidence, but so too can searches. According to Google, from January to June of this year, government agencies across the globe have made close to 21,000 requests for user data of more than 34,600 people and/or accounts. In addition, the search engine received more requests to take down content by governments during the first six months of 2012 than during any previous period since 2009.

“This is the sixth time we’ve released this data, and one trend has become clear: government surveillance is on the rise,” Google said in a blog post, according to the BBC.

Leading the increase was the United States, which had close to 8,000 requests for user information during the first half of this year, more than any other country. In terms of requests to take down content, Google said the U.S. ranked second with 273. However, the search engine did note that some of the requests were undertaken by the nation on the behalf of another country.

Do these stories represent a worrisome trend in the growing amount of government surveillance of online activities? How important is it to you to block applications designed to monitor and report on your internet habits? Leave your comments below to let us know what you think about these issues!