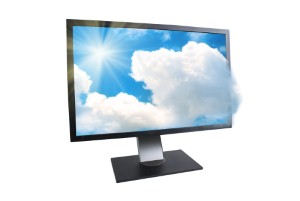 In order to be green while still using services such as online file storage and email, the best bet is to turn to cloud-based solutions.

Those in the market for an energy saving computer may not be thinking about the energy use that goes into powering some of the underlying applications. For example, the data centers that power the World Wide Web require enormous amounts of electricity to run. The New York Times in September reported that server locations worldwide consume 30 billion watts of electricity, which is roughly equivalent to the energy output of 30 nuclear power plants.

“It’s staggering for most people, even people in the industry, to understand the numbers, the sheer size of these systems,” data center designer Peter Gross said to the newspaper. “A single data center can take more power than a medium-size town.”

To save energy, turn to the cloud
In order to be green while still using services such as online file storage and email, the best bet is to turn to cloud-based solutions, Abdul Salam wrote in a November 14 article in CloudTweaks.

According to Salam, there is no getting around the fact that data centers require massive amounts of electricity in order to operate effectively. A server needs to have a constant supply of electricity to run all day and night, and server rooms often come equipped with backup diesel generators to make sure the system stays online even in the event of a power outage. As a result, a lot of energy – usually sourced from power plants that use fossil fuels – goes into keeping a data center running.

The key is not to instigate a complete overhaul of the current energy use model found at data centers, but to circumvent the need for lots of smaller server locations. Since each server hosting facility uses massive amounts of electricity, Salam said the cloud is a preferable option for environmentally conscious computer consumers since it allows for one or a smaller number of data centers to handle the same load as was once the domain of many scattered locations.

“Cloud computing uses virtualization to scale resources to infinity, theoretically, while using finite hardware resources,” Salam wrote. “So instead of having 2,916 data centers with 10 servers spread across the U.S., theoretically 2,916 companies could be served by 10 cloud providers running 100 data centers. This means a total annual energy consumption of just 43.8MWh [megawatt-hours]. How’s that for energy savings? That does not even include the savings from cooling and other security measures.”

Do you think the cloud is an environmentally friendly computing option? Leave your comments below to let us know what you think about the effects data centers have on the environment!