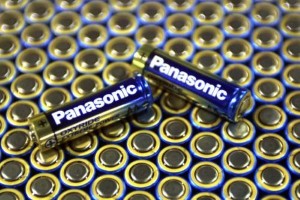 There are some great ways to save battery power on your laptop.

When you first buy that new laptop, all is well. It starts up fast and runs on battery power for an amazingly long time. It’s great! To make this feeling keep going (and going, and going), it’s never too soon to think about preserving battery life. Michael Horowitz wrote on Computerworld’s Defensive Computing blog that all batteries eventually lose their ability to hold a charge, but with replacement batteries very expensive, people should do what they can to prolong the life of their original battery.

“I say this because someone using a relatively new Windows 7 based Samsung notebook recently asked me how to respond to a question that popped up on the screen,” he said. “The system was offering to only charge the battery up to 80 percent of its capacity. What’s up with that? This is a good thing, maybe even a great thing, for someone who normally keeps their laptop computer plugged into electricity. It turns out that the lifespan of lithium ion batteries decreases when they are constantly charged to full capacity.”

A Samsung post said most battery damage occurs when it is fully charged, as the batteries get hot when they are at a 100 percent charge and that can cause the structures of the battery to start to break down. Who needs that? People should consider setting their computers, whether through your computer’s built-in settings or via a third-party software program, to only charge to a certain amount to keep that battery strong for as long as possible.

FriedBeef’s Tech, a ridiculously named website with some helpful tips on technology, disclosed some other ways to keep your battery humming. Some of the tips included dimming the laptop’s screen, adding more RAM to the computer, cutting down on the use of external devices, and going into hibernation mode instead of standby mode.

“Although placing a laptop in standby mode saves some power and you can instantly resume where you left off, it doesn’t save anywhere as much power as the hibernate function does,” the website said. “Hibernating a PC will actually save your PC’s state as it is, and completely shut itself down.”

Other methods for saving battery life include not multitasking on the computer as much as possible, setting up and optimizing power options and getting an energy saving computer.

Do you think about your battery life at all? Have you had a bad experience with any laptop or batteries? Let us know!