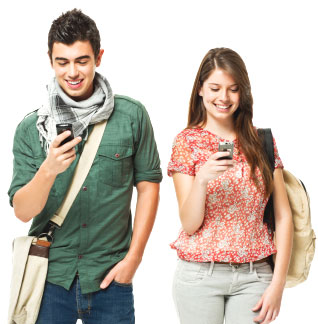 It’s no news that teenagers use Twitter, but this wasn’t the initial prediction. It was originally thought that teenagers wouldn’t be so keen on Twitter, as it’s often used for networking and business. However, from 2009 to 2011, the percentage of teen users doubled, going from 8-16%, and it is likely that the numbers have increased even since then. It’s hard to say no to the appeal of “freedom of expression” (though there may not be so much ‘freedom’ anymore), and the feeling of privacy.

Facebook was, and is, a modern day playground for teens. It’s where they interact, share with each other, and express themselves. But try being a 16 year old trying to express your teen angst, when you know your grandma is checking your status! Everyone is joining Facebook, and as it turns out, everyone wants to be your friend. Your parents, grandparents, aunts and uncles, mom’s best friend, neighbor, friends mom, anyone you’ve ever encountered in your whole life, etc.

Whether good or bad, Twitter allows teens a certain amount of freedom from the watchful eye of their parentals. So come on, get on the Twitter bandwagon parents! (Just kidding)