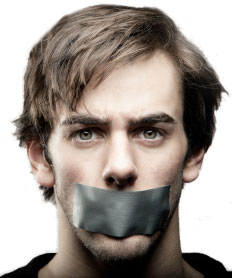 In a controversial move, Twitter announced a new approach to censorship. Whoa! What happened to freedom of expression? It seems as though even social media giant Twitter cannot escape the watchful eye of Big Brother. Are we talking about monitoring and even removing social media posts? Sort of. With over 98,000 tweets per minute, the implications are hitting epic proportions.

You might be feeling shocked right now. But don’t be. Twitter has always played the role of ‘Posting police’ in order to comply with the national regulations of certain countries across the world. That’s right. For years Twitter has censored things like scams, impersonation, violence, pornography, phishing, and other things. Now they’re offering to post a notice whenever a tweet is removed in an effort to bolster global transparency.

“Starting today, we give ourselves the ability to reactively withhold content from users in a specific country — while keeping it available in the rest of the world. We have also built in a way to communicate transparently to users when content is withheld, and why.”

Some are calling it social media suicide. The tweetoverse has pledged massive outcry with threats of a “Twitter Blackout” in protest. Has Twitter driven a nail in its own coffin? Has it finally gone too far in response to political pressure and exhausted its relevance as a brilliant social media platform that connects people, ideas, and freedom?

Let’s take a closer look. When you actually read the quote a second time, it seems like Twitter is actually promoting freedom of expression. This new move will limit censorship to the countries where it is required, while allowing the rest of the world to see the original comments. So it seems as though the Tweepers are actually protesting the wrong thing.

One can argue that freedom of expression means no censorship at all… not selective censorship. But on the other side of the fence lies all the reasons why we support the censorship of things we vigilantly believe to be inherently evil like child pornography. Controversial indeed. So if Big Brother is watching and sometimes we like it, how do we choose where to draw the line and who decides?