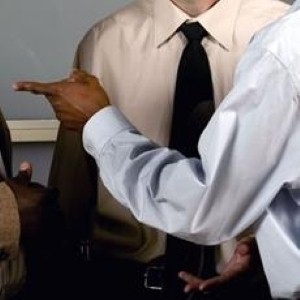 Be careful of how you use social media at work! It could hurt your career.

Social media has become standard in many workplaces, as top brass and workers a little lower on the org chart alike have started using it while on the clock. A recent survey by the Queen’s School of Business in Canada found 39 percent of bosses use websites like LinkedIn, but the majority of respondents (91 percent) expressed concerns over the way employees use social media.

We found a helpful Forbes article that highlighted common mistakes people make when they use social media at work. The article shared advice from John Pirc, the co-author of “Cybercrime and Espionage.” Here are some of the major points so you know what to avoid.

While most of the pictures you post on social media may seem harmless, pictures can also be used as a way of tracking you. Information found in pictures is one of the ways the police track criminals. We’ll go ahead and assume you’re not currently being hunted by law enforcement, but bad guys can use those same techniques to uncover personal information about you or private information about your company. The moral of the story? Be mindful of the items included in your pictures before you post.

Forbes made special mention of Twitter, which automatically shortens links to 19 characters to help character limits. Scammers use this to hide the destination of nefarious links. If your computer’s security becomes compromised at work, hackers could gain sensitive data. And, it probably wouldn’t look too good on a performance report if your computer becomes the source of a security breach.

Many people use the same password for everything. While this poses serious issues for personal security, the issue is exacerbated when corporate data is involved. Scammers often try username and password combinations they find from one website elsewhere. So, if your Twitter account gets hacked, the hacker might also try the same username/password for your email accounts.

Friending your boss and coworkers

While it might seem like a good idea to stay connected with your boss, it also provides a window into your life. Pirc explained a case in which he was expecting work-related assignments from someone, and the employee in question was playing games on Facebook!

Even if you’re not Facebook friends with higher-ups in your company, it’s still a good idea to make yourself familiar with any social media use policies your organization has in place. Some organizations allow limited social media use, but might have guidelines for when and how much time their employees can be on sites like Facebook while on the clock.

Do you use social media while working? What kind of policies does your employer have in place? Should employees be allowed to post on Twitter and Facebook while at work? Leave us your comments!