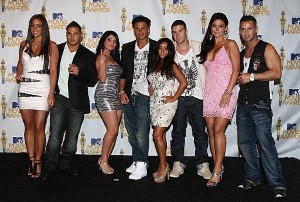 “Jersey Shore” star Nicole Polizzi (AKA “Snooki”) recently ran into one of the big problems with storing sensitive data on mobile devices. Her phone got hacked, and, yes, there was some highly sensitive information on it. The hacker managed to grab some self-taken nude photographs of the star and posted them on the internet for all to see. Although much of the internet probably didn’t want to see (we’d like to think), the hacker provided a friendly reminder for everyone: Be careful what you store on your cellphone

Snooki isn’t the only celeb that has been targeted by hackers. “Confessions of a Shopaholic” star Krysten Ritter recently fell victim to a Twitter hacker who compromised her account to promote weight loss websites. Remember when Mark Ruffalo’s Twitter was hacked shortly after the release of The Avengers? Although Ruffalo’s hacker didn’t send users to malware-ridden websites, more malevolent cyber criminals can use popular accounts to spread viruses.

Even if you aren’t an A-, B- or C-lister, it’s still important to practice good security and take steps to increase your privacy on social networks like Facebook. A recent article from The Independent warned that setting your Facebook profile to “friends only” doesn’t automatically prevent everything from going public. Activities such as answering public poll questions, for example, may show up on your profile regardless of privacy settings.

What do you store on your cell phone? Have you ever been worried about someone finding out what’s on it?