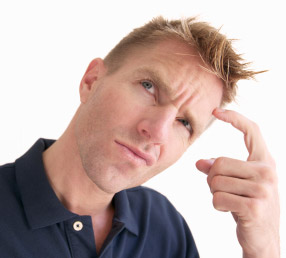 When is a breach of privacy not a bad thing? When it’s to serve you better of course—and when Google is the one doing it! No, that’s not a good enough reason? Well Google seems to think so. Where does the line get drawn between offering better services and invading your privacy?

Our friendly neighborhood search giant is back in the news again. The latest bust shows Google has managed to slip under Apple’s radar and track your Safari web browsing on iPhones (and other iOS devices). For a company that started off with a “don’t be evil” mantra, Google is getting to be pretty synonymous with privacy abuse.

It was only a couple of weeks ago controversy erupted over recent changes made to their privacy policies. While the changes were meant to “help you better”, many people (myself included) were uneasy at just how much info Google was collecting from you. Now we find out they’ve been tracking even more for quite some time—on Apple devices of all places!

I wouldn’t be surprised if Google tracked all web browsing on Androids, but on iOS devices? I expect more security from Apple. That’s usually the case though.

Apple is protective of its products. Apps don’t make it to the App Store unless they jump through a bunch of strict hoops. The Android Marketplace on the other hand, is a free for all. No wonder Android is plagued with malware.

Apple has Safari locked down pretty good on iOS devices—or so they thought. Google found a loophole though and has been using a magic code to get past the lock down and plant a cookie to track your browsing and report the info back. It’s upsetting that there is a loophole in the first place, but I’m more concerned that Google is the one to exploit it.

Google says no personal info was collected and the entire thing was a big oops. The cookies have been deactivated and removed. Whether you believe that or not isn’t the issue. You should be thinking about what’s meant by “personal info”.

If defined as addresses, credit card/banking info, or birthdays—then sure, no personal info was taken. It was just your browsing history. But this is personal info. It’s used by Google to get to know you better. Why? So it can advertise to you better.

That’s really the bottom line. Companies like Google (and Facebook) make their money from advertising. They can charge a premium to advertisers for the assurance that their ads will get seen by the people who are more likely to click them.

For an advertiser, it would be a waste of money to advertise something that only a minority of people would pay attention to. For example, it would be pointless for me to see ads about flowers or candles since I don’t like either. Show me ads for fitness, Apple products, Buffy comics or Star Trek and you might get a click or two from me (well not really, but I’d be tempted).

The only way this could happen though is if Google tracked that I’ve been to Wikipedia to read facts about Deep Space Nine or have bought stuff from Dark Horse Comics (guilty as charged). Then use that data to show me relevant ads that I would care about.

There are benefits to personalized search results, location based reminders and targeted ads—but where do we draw the line? Can it even be drawn? Sure Google erred here, but how much do we err every day? Think of the pics, the updates, the links shared. We slowly drop our guards and publicize more and more of our “personal info” each day that we don’t even think about it. Has Google really done anything wrong?

The world of black and white is becoming a whole lot of grey. Can anything be done or do we just have to go along for the ride and see where we end up? What do we have to lose—just our privacy? Thanks Google!