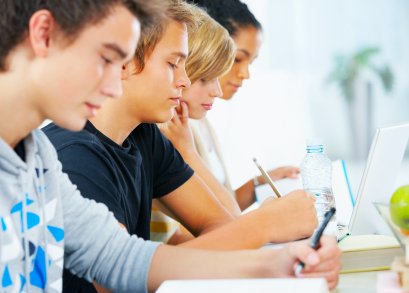 Many school districts have wondered how to handle classroomcomputer management. Now, public high schools in Portland, the biggest city in the state, are looking to block websites such as Facebook and Twitter on school computers, even while they are being used by students at home. The Maine Public Broadcasting Network said school officials believe they are acting fairly, but guess what? Students are not happy.

There are 2,300 laptop computers at these schools that students are allowed to take home, the news source said. The Dell Netbook computers the kids receive are meant for school work. An agreement is signed by these students upon first receiving the notebooks. The new web filtering measure on the computers, according to the school, is to make the existing measures “more consistent.”

“What we’re considering is applying the same filtering feature that we provide for students that are in school,” said Peter Eglinton, chief operations officer with Portland Public Schools, according to MPBN. “So if you are to have a computer lab where computers are fixed, this wouldn’t be an issue. Where it’s an issue is that students are allowed to take these units home.”

The Kennebec Journal said the filtering software will be downloaded automatically for the students when they boot up their computers at school. Access to other websites, include news groups, games, dating websites, gambling and chat rooms will also be eliminated by these filters. Eglinton said there are legal reasons behind this decision, as the schools will receive discounts for taking steps to broaden internet safety for students.

So whose side are you on? The students, who want to access social networking sites on their school-issued computers? Or school authorities, who say they need to block these sites for security? If you’re a parent, do you worry your kids’ browsing habits put your family computer at risk?