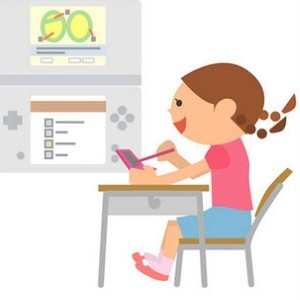 More technology is being used to help children learn in the classroom.

Despite the cost, one Catholic school district in Canada has made a commitment to updating classroom software and other educational technology. The Niagara Catholic District School Board recently approved a $251 million budget, with millions allocated for tech. The district also received grants to expand the Wi-Fi network so students can bring in their own computer, and will also acquire 1,500 laptops for elementary schools and 500 for secondary education schools in the district.

“Declining enrollment and reductions in funding for textbooks, learning materials and professional development among other things (made this hard),” said education director John Crocco, according to the St. Catherine’s Standard. “We put millions into technology. That’s a choice we made in our board even though we got less from the Ministry (of Education).”

Crocco said the schools are increasing tech devices to optimize learning, even though the enrollment rates are dropping, the Standard said. About 25 teaching positions will disappear, but technology will hopefully lend a helping hand to make sure students don’t suffer.

“It was a goal to present a balanced budget where expenditures were less. We had to make choices throughout the budget and we wanted to ensure we did not draw upon the reserves of the board,” Crocco told the news source. “We made sure the choices we made along the way when building the budget did not affect programs of services.”

Measuring the value of educational technology Tom Vander Ark, the former executive director for education at the Bill and Melinda Gates Foundation, which invests in educational technology, told the New York Times that there isn’t a ton of data that shows educational improvement from better classroom software and technology. However, he believes it’s one of the biggest trends in the world right now and could be a great change for schools everywhere.

Karen Cator, director of the office of educational technology in the United States Department of Education, said to the news source that standardized tests are not a good measure of the improvements technology brings and said better measurements are needed.

“In places where we’ve had a large implementing of technology and scores are flat, I see that as great,” she said to the Times. “Test scores are the same, but look at all the other things students are doing: learning to use the Internet to research, learning to organize their work, learning to use professional writing tools, learning to collaborate with others.”

How do you think spending on technology will affect schools in the long run? Will they save money in the end and improve education? Let us know!