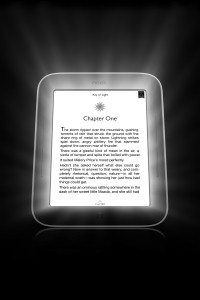 How much does your Nook know about you?

Have you ever followed an online shopping recommendation to find it was the perfect product for you? Or how about Netflix’s movie suggestions? While features like those can be convenient, they also show that cyber criminals are not the only ones spying on you. More companies are beginning to collect large volumes of data on their customers, and the technology to do it is getting more advanced.According to a recent PCWorld article, there are several privacy intrusions users should be aware of. New technology allows the Nook and other e-readers to collect information about the people using them. The type of data being collected ranges from what users read to how long they spend reading a book and what type of content they search for.

“These days, you need a healthy dose of naiveté to think that your personal data isn’t routinely bought, sold or tracked online,” the article stated. “Tracking cookies are the norm on popular websites, and tech giants such as Google and Facebook have a reputation for mishandling and/or overcollecting users’ personal data”

Most businesses use that kind of information to develop targeted marketing campaigns, but there are instances in which retailers’ data collection efforts have struck some as creepy.

The New York Times reported on such an incident in July. According to the article, Target developed an algorithm that was able to predict with a fair amount of accuracy when a shopper was pregnant. The retail company collected web browsing, shopping and purchase information and used its data to deliver ads promoting maternity and baby supply products to potential parents.

The article cited an example in which Target mailed baby product ads to a girl still in high school. The girl’s father contacted the store, upset because he believed the company was encouraging young girls to become pregnant. As it turned out, Target knew about the girl’s existing pregnancy before her family did.

“With the pregnancy products, though, we learned that some women react badly,” a Target executive told the NY Times. “Then we started mixing in all these ads for things we knew pregnant women would never buy, so the baby ads looked random. We’d put an ad for a lawn mower next to diapers. We’d put a coupon for wine glasses next to infant clothes. That way, it looked like all the products were chosen by chance.”

Do you think that company’s go too far with the amount of data they collect? Are you willing to sacrifice some of your privacy if companies are willing to provide some value in return?