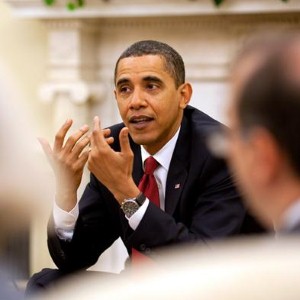 Candidates in the 2012 U.S. presidential election have raised privacy concerns due to their campaigns’ mobile apps.

Most internet savvy users know to block applications from an untrusted source, but even applications from legitimate sources may be collecting a little more information than you think. The latest in privacy intrusions comes from the 2012 presidential race in the United States – though you might not find it all that surprising if you didn’t think politicians were trustworthy sources to begin with.The “Obama for America” And “Mitt’s VP” apps for the Android and iOS mobile operating systems are sending a significant amount of user information to the candidates’ campaign databases, according to a recent CSO article. Romney’s app scours for information such as the device’s ID number, the mobile carrier, phone number and GPS locations. Users may also be asked if the app can put them on the Romney campaign’s contact list – possibly for telephone canvassing. The app also asks for access to smartphone cameras and audio recording features. Obama’s application asks for similar access, including the phone’s contact list.

“The ostensible purpose of both apps is different; Obama’s is a straight canvassing tool for use in swing states while Romney’s was supposed to be a way for supporters to hear news of his chosen vice-presidential candidate,” the news source stated. “Both are also information-gathering systems that might feed data into a future generation of more powerful and equally intrusive apps. Hopefully, by that time, voters will be more aware of what they are getting themselves into when they agree to install such software.”

Political campaigners also armed with apps
Another way U.S. politicians have been using mobile applications has been to collect public information and use it to map vote demographics, according to a Reuters article. Campaign spokesman Adam Fetcher told Reuters that the “Obama for America” app enables supporters to get involved, and that reception has been strong. However, officials working with the campaign are able to use the same app to better target their canvassing efforts – a move that has some privacy advocates crying foul. Since the information the app collects is public, it does not violate U.S. privacy laws, but a few people have described the results as “creepy.”

Would you be willing to use a political application to become involved with a campaign if you knew the app collected personal information?