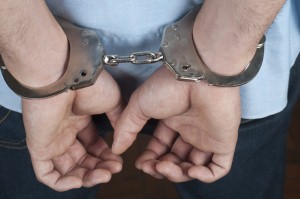 The Vancouver Police Department recently announced that it had made an arrest in connection to a March incident in which photos were stolen from Carly Rae Jespen’s computer.

Anyone who has been within five feet of a radio, a television, a computer or even civilization this year has likely heard Canadian pop sensation Carly Rae Jespen’s hit single, “Call Me Maybe.” One man wanted more than to just hear the singer’s voice, but luckily police officers were one step ahead.

On Tuesday, the Vancouver Police Department announced that it had arrested Christopher David Long, a 25-year-old Abbotsford resident, for allegedly hacking into the pop star’s computer and stealing nude photos of the singer. According to The Globe and Mail, charges against the man include possession of stolen property, identity fraud, mischief to data, unauthorized use of a computer and fraudulently obtaining telecommunications services.

The arrest stems from an incident back in March, when Jespen informed Vancouver Police that a hacker had bypassed the layered security on her computer. E! Online in July reported that the cyber thief took nude photos from the singer’s computer, but law enforcement authorities have not confirmed that information.

By July, things took a turn for the worse for the singing sensation, but that was also when the police were able to solve the case. In that month, fraudulent nude photos of the singer surfaced online as did the stolen information. The Globe and Mail reported that police authorities were able to find and identify the suspect after he allegedly tried to sell the stolen photos to various news outlets.

According to the Vancouver Sun, Long surrendered to the police earlier this month, and is next due in court on January 4.

Besides application control, what other security strategies should Jespen have employed in order to more effectively block applications and hackers from infecting her computer? Are you happy to see a hacker taken down by law enforcement, or do you think police found the suspect only because a celebrity was involved? Leave your comments below to let us know what you think about the arrest and surrounding incident!