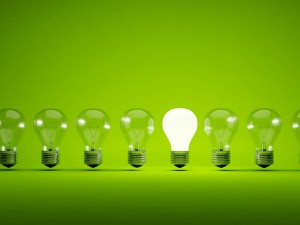 Energy saving computer policies are a bright idea for your bottom line.

The U.S. healthcare system has received several efficiency mandates in recent years at both the state and federal level. But while hospital administrators weigh fundamental policy changes and state-of-the-art technology investments, one rather simple tactic is projected to save West Penn Allegheny Health System (WPAHS) hundreds of thousands of dollars each year.

Elementary ideas
One of the first universal ground rules we encounter as children is that we should leave things as we found them and neatly store our toys when no longer in use. But somewhere between kindergarten and cubicle, this concept tends to get lost. Desks are cluttered, office lights are left on and everyday carelessness adds up to considerable cost and confusion.

For anyone still skeptical of the collective impact on these decisions, take a look at the advantages WPAHS amassed as a result of more mindful behavior. According to the Pittsburgh Post-Gazette, the healthcare complex has reduced its computer energy consumption by 44 percent since September by employing a simple PC power management solution.

By automatically putting networked computers into sleep mode after a certain period of inactivity, the software is projected to cut energy expenses by more than $250,000 annually. According to the news source, consumption drops from 60 to 100 watts to 3 to 5 watts when machines are in resting state. Scaled out to the organization’s inventory of 10,000 desktops, laptops and tablets, that’s a considerable decline.

Sustainable success
While this energy saving computer policy has already had a significant impact, administrators understand that it can only be one part of a larger solution. Citing Department of Energy data, the Post-Gazette suggested that the nation’s 8,000 hospitals account for nearly 10 percent of all commercial building energy consumed in the U.S.

With that in mind, the city’s quickly growing medical community is banding together for an innovative health IT training framework. According to FierceHealthIT, a joint project from the Jewish Healthcare Foundation, Pittsburgh Regional Health Initiative and Health Careers Future is seeking to better align supply with demand for increasingly digital healthcare roles. Aside from promoting the development and application of new technologies, program coordinators will also be looking for ways to ensure medical breakthroughs are also in line with overarching energy-efficiency goals.

What simple tricks could help curb energy consumption at your office? Will policy or technology be more essential to their success? Let us know what you think in the comments section below!