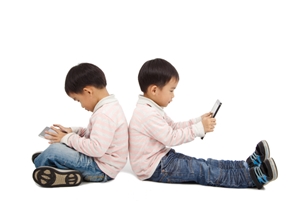 Cyber charter schools may have to defend the value of their simulated classroom technology.

The Pennsylvania Department of Education recently rejected all eight pending applications for new cyber charter schools scheduled for installation in the 2013-2014 school year. While legislators and educators have been optimistic regarding the potential of innovative classroom technology, it seems this particular model may be in need of additional refinement.

According to the Philadelphia Public Schools Notebook, the proposed programs would have served approximately 10,000 students, on top of the state’s current cyber charter school enrollment of more than 32,000. The plans were put under significant scrutiny, however, after legislators projected a total taxpayer cost of nearly $350 million over the next five years.

“The proposals submitted by the applicants lack adequate evidence and sufficient information of how prospective students would be offered quality academic programs,” Pennsylvania Secretary of Education Ron Tomalis explained. “In addition, the financial plans presented call into question each applicant’s ability to maintain a long-term, viable educational program for the benefit of Pennsylvania students.”

A flawed model?
This latest batch of applications may have been facing an uphill battle from the outset considering recent reports detailing a lack of progress from their approved predecessors. According to eSchoolNews, legislators learned that none of the state’s cyber charter schools achieved adequate yearly progress (AYP), as defined by the No Child Left Behind Act, in 2012.

There also seems to be a bit of confusion surrounding just what constitutes a cyber charter school. According to the news source, the state mandates that such programs offer a “significant” portion of their curriculum online or via electronic means. They also cannot require students to attend classes in person, except in certain scenarios related to standardized state achievement testing. However, state officials suggested several of the rejected applications blurred the line between cyber instruction and brick-and-mortar schooling.

While the blended learning model has piqued the interest of educators in a variety of settings, the semantics separating cyber charter schools from traditional classrooms becomes increasingly important when millions of dollars in state funding hangs in the balance. According to eSchoolNews, there is much debate as to whether these high-tech programs should be awarded financing commensurate with brick-and-mortar schools considering the comparatively slim operating costs associated with cyber education.

Do you think primary schools are ready for strictly electronic curricula? What policies and procedures could encourage faster progress? Let us know what you think in the comments section below!