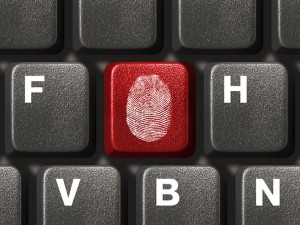 Depending on your choice of browser, someone may have been following your moves online – even if you have quality application control software in place.

Depending on your choice of browser, someone may have been following your moves online – even if you have quality application control software in place.

That’s because for years digital marketers have been monitoring the online movements and habits of customers by gathering cookies and collecting other forms of information. In this case, cookies are not referring to the delectable treat, but rather the HTTP cookie that gets stored in a browser to keep track of what sites a person has been to and even personal login information, according to the Electronic Frontier Foundation. While some privacy-conscious web surfers have been diligently deleting cookies all along, the underlying technology has given rise to a whole host of other online tracking systems that are more difficult to detect and delete.

Web browsers fight back on privacy
In an effort to help protect consumers who may be worried about having their online whereabouts tracked by marketers and others, some major web browsers have begun to implement “Do Not Track” capabilities. According to the EFF, it is a combination of policy and technology designed to combat efforts at collecting personal data via the internet.

Four of the biggest web browsers in North America – Mozilla Firefox, Microsoft Internet Explorer, Apple Safari and Google Chrome – now all have options that allow users to select a Do Not Track feature. Chrome was one of the last major browsers to introduce this feature, finally offering an extension earlier this month.

Microsoft is taking things one step further with its latest version of Internet Explorer. The typical model has been to have the feature be off as a default, meaning users will have to manually alter the settings to make sure they are not being tracked online. According to The New York Times, Microsoft will be doing just the opposite with their latest update.

When Internet Explorer 10 comes out with Windows 8 toward the end of the October, its default setting will be to include a Do Not Track feature. In addition, the installation process will bring this feature to the forefront with a screen that pops up asking IE users if they want to keep the feature enabled.

“There is vast consumer awareness and concern about privacy,” Fatemeh Khatibloo, a senior analyst in customer intelligence at Forrester Research, told The New York Times. “If a browser can differentiate itself by saying ‘we provide you better privacy tools,’ I think they’ll increase adoptions.”

Should a “Do Not Track” feature be the default setting on all web browsers? Leave your comments below to let us know what you think about this issue!