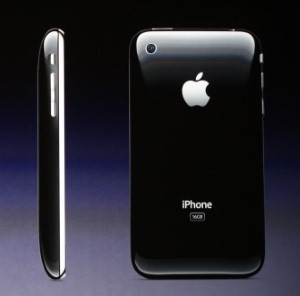 Workers at IBM may have their iPhones facing this way since they cannot use Siri at work.

If you’re an employee of IBM, you might soon find it harder to answer pressing questions like how long the gazpacho will take to cool or what the weather is like outside. Wired reports that IBM employees will have to do without the digital, voice-activated iPhone assistant Siri due to privacy concerns. Application control is in full effect here, but is it something that would matter for other companies as well?

Wired said questions for Siri are sent to a big data center in North Carolina and no one really knows what happens to them. “When you use Siri or Dictation, the things you say will be recorded and sent to Apple in order to convert what you say into text,” according to what Apple’s iPhone Software License Agreement says. The American Civil Liberties Union posted a warning about Siri, saying that many people were surprised to find out Apple may use the technology for other things than answering questions about where the local pizza shop or nail salon is.

“This data can be really personal, like if you ask Siri, ‘where is the nearest abortion clinic?’ And once Voice Input Data and User Data is collected, Apple reserves the right to share it with ‘Apple’s partners who are providing related services to Apple,'” the ACLU said on its blog. “Not sure that Siri is worth the serious data it’s collecting and how it might end up getting used? Rather live without Siri?”

Edward Wrenbeck, the lead developer of the original Siri iPhone app, said companies might be justifiably woried about Siri. Just having Siri know that someone is at a customer’s location could be a violation of non-disclosure agreements, according to Wired. However, Wrenbeck pointed out that Siri is not the only technology contributing to these concerns, and so it may not be right to single out Apple. Google and other companies have been pressured by privacy groups over standard practices, but for now application control remains up to individual companies.

What does your company have to say about Siri? Are you allowed to ask her pressing questions when you need to, or is the application blocked from use? Let’s discuss it in the comments!