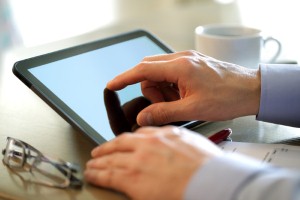 Eco-conscious consumers may have an additional way to green their computing habits, by choosing the ultimate energy saving tablet computer.

The Faronics Power Save Enterprise software is an ideal solution for those who want to manage PC power usage due to environmental concerns. Now, eco-conscious consumers may have an additional way to green their computing habits, by choosing the ultimate energy saving tablet computer.The iameco wooden tablet, made by Dublin-based MicroPro Computers, was cited by the Fraunhofer Institute of Reliability and Microintegration in Berlin as the greenest computer on the planet.

This device differs from the standard computer in a number of key ways. For one, the manufacturer uses recycled wood or aluminum to encase the computer instead of plastic. Close to all of its parts are made with recycled materials, and about 20 percent of the device can be immediately recycled. In total, the iameco tablet has a carbon footprint that is approximately 70 percent less than a standard computer, according to the company.

To reduce the device’s energy use, the screen is lit using LED bulbs. This makes the iameco screen 30 percent to 40 percent more efficient than a standard display.

“Having worked in the computer industry for over twenty years, I have witnessed the incredible waste associated with computer manufacturing,” Paul Maher, the computer’s creator, said in a statement. “Our iameco PC takes eco-friendly computers to a new level without compromising in high definition specifications that today’s consumers demand.”

The computer, which its manufacturers say has the same capabilities of a standard tablet, is currently only available in Ireland, and it will be released in Europe in September, the company said.

BusinessGreen reported that the iameco tablet has an estimated 10-year lifespan, which is an improvement over the three to five-year lifespan of the average PC.

Maher said the device has caught the attention of school districts looking for a more environmentally friendly classroom computer, according to BusinessGreen.

Would you ever consider buying this energy saving computer? Does PC power usage matter to you when in the market for a new device? Leave your comments below to let us know what you think about the iameco tablet!