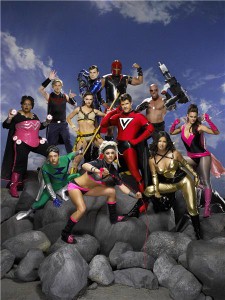 The superhero universe has the Justice League, and now the web has the Internet Defense League.

The superhero universe has the Justice League, and now the web has the Internet Defense League.

A group of online entities has teamed together to form the Internet Defense League. The purpose of the group, according to its website, is “to defend the internet from bad laws and monopolies.”

The IDL, with members such as Mozilla, Reddit and WordPress, seeks to fight laws and actions the group deems damaging to the internet, according to InformationWeek.

“When the internet’s in danger and we need millions of people to act, the League will ask its members to broadcast an action. (Say, a prominent message asking everyone to call their elected leaders.) With the combined reach of our websites and social networks, we can be massively more effective than any one organization,” the IDL’s website said.

The group is a continuation of the websites that banded together to fight the Stop Online Piracy Act when then U.S. Congress was voting on it in January, according to InformationWeek.

Instead of the blackout that sites enacted to protest SOPA, the IDL will instead have each member site post a picture of a cat’s face on its home page.

According to the IDL, the cat’s face is “like the internet’s Emergency Broadcast System, or its bat signal!”

Every time the IDL is seeking to stop something, be it an anti-piracy bill or a new internet treaty, the group will make the cat signal appear as a banner or as a pop-up on all sites that have signed up to join the coalition, according to InformationWeek.

What do you think about the Internet Defense League? Do you think this is the best way for these websites to protest government policies?