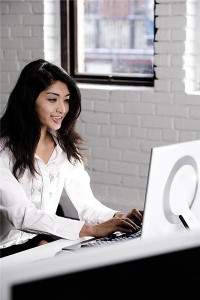 Being green on the computer doesn't have to be as hard as some make it out to be.

You want to live in a more sustainable way? Great! You know that PC power management is part of a green lifestyle? Terrific! But are you actually following good rules when it comes to keeping technology green? It’s easy to save money and energy by following good green tech habits. But there are a lot of myths out there about what eco-friendly computing is. GreenBang took at look at some myths recently.

One myth is that turning a computer on and off uses more energy than leaving it on.

“While there’s a small power surge every time you switch on a computer, it still makes more sense to shut down when you won’t be at your desk for a while,” the website said. It also quoted the U.S. Department of Energy’s Energy Savers website, which said that the less time the PC is on, the longer it will last.

Another myth, according to GreenBang, is that top of the line computers always use less energy than an older computer. The website said you shouldn’t let a good Energy Star rating fool you, as sleeping and hibernating is always more energy efficient than just leaving a new, more “efficient” computer on all the time.

GreenBang pointed out some other myths, including that screen savers actually save energy, that PCs are more cost effective than laptops even though they use more energy and that Google searches use a lot of energy. All these things are untrue.

A white paper by Schneider Electric also debunked some myths, including a big one that may scare some people out of letting their computer hibernate. Network connections are not lost when computers go into low-power or sleep mode! The white paper said newer computers are designed to sleep on networks without losing data or a connection, so people should let the computer sleep as a method of PC power management.