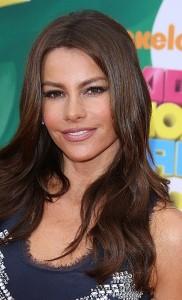 The life of luxury always comes with its hardships. In addition to worrying about paparazzi and crazed fans, celebrities have to worry about data thieves. That risk recently became a reality for Sofia Vergara, star of ABC’s sitcom Modern Family.

According to the New York Post, risque photos of Vergara found their way into the wrong hands. The New York Post reported that the photos were originally on her fiancé’s phone. The pictures were either hacked or stolen from Nick Loeb’s Blackberry, but sources also told the New York Post that Loeb lost the device. Soon after the incident, a “mystery seller” in Delray Beach, Florida offered the pictures for a price. However, Vergara’s legal and management team are trying to ensure that the photos do not reach the general public.

A source quoted by the New York Post said that, “The photos show Sofia in her bathroom and the bedroom, and, while they are personal, they are not fully revealing. But her management team are doing their best to make sure they do not become public.”

Vergara ranked number one in a recent Forbes article that listed the highest paid television actresses. The article noted that the Columbian-born actress has worked for more than 17 years to reach her super-stardom status. Forbes also noted that her success extends beyond acting – owning half the entertainment management company Latin World Entertainment, she’s “an entertainment mogul on the rise.”

What do you think about celebrity pictures being stolen from celebrity phones? Should there be more stringent laws to ensure their privacy?