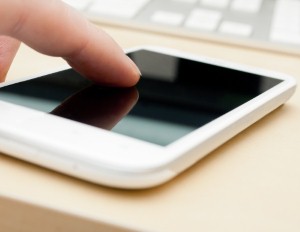 Too often, smartphones and tablet owners do not give a second thought to the security on their mobile devices. However, mobile users who do want to keep their device protected should be paying attention to some of the latest trends in the industry.

Too often, smartphones and tablet owners do not give a second thought to the security on their mobile devices, prioritizing the installation of games and other fun apps over application control.

However, mobile users who do want to keep their device protected should be paying attention to some of the latest trends in the industry.

Don’t always trust the big guys
Apple and Google have increasingly consolidated the mobile device marketplace, and consumers should not instinctively trust large conglomerates to keep information safe. In fact, data is less secure now than it was a decade ago, author and cybersecurity expert Bruce Schneier said in an interview with Business Insider earlier this month.

“[P]eople need to understand that choosing a smartphone isn’t just about choosing a device,” the news source said. “It’s about putting a whole lot of trust into the vendor that owns the operating system. And that trust has not yet really been deserved.”

Information is less secure than a decade ago because people are not only using computers and internet-enabled devices more often, but society has prioritized other developments over beefed-up security, Schneier said. For example, people want to use the cloud to access data from smartphones and other web-connected devices at any point, but they prioritize convenience over security features such as multi-factor authentication.

In addition, so many people access social media sites like Facebook via tablets and other hardware, entrusting that the site and the device’s manufacturers prioritize end-user security.

How easy is it to tap a phone?
End users may not be prioritizing efforts to block surveillance efforts targeting cellphones, but some privacy watchdog groups are. California Watch reported that a coalition including the American Civil Liberties Union (ACLU) and the Electronic Frontier Foundation (EFF) have been fighting efforts by the U.S. Federal Bureau of Investigation (FBI) and other law enforcement agencies over the use of “stingrays.”

Stingrays are devices that mimic cellphone towers, intercepting unsuspecting mobile calls for surveillance purposes. In a brief filed in October, privacy rights groups said the devices infringe on privacy and should be considered unlawful, the news source reported.

“Mobile phones can be singled out by their international mobile subscriber identity, or IMSI, which then makes it possible to secretly determine user locations using stingray devices, also known as IMSI catchers,” G.W. Schulz of California Watch wrote in an October 29 article. “The law enforcement tool troubles security experts and civil libertarians because it mimics cell phone towers. Stingrays track the locations of mobile devices, including those that are not targeted but are nearby.”

Do you think average internet users are more or less aware of threats than they were a decade ago? Should the use of stingray devices be outlawed, or are they necessary law enforcement tools? Leave comments below to let us know what you think about these mobile privacy updates!