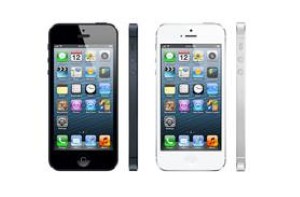 How much does your iPhone know about you?

Tablets and smartphones and geolocation, oh my!

Many privacy advocates have expressed concerns over certain features offered by the iPhone, Android and mobile applications. A recent survey by the Pew Research Center found that mobile users are starting to pay more attention to what their devices know about them. According to the study, 54 percent of respondents said they decided against installing a mobile application after finding out what information the app collected. Additionally, another 30 percent reported that they uninstalled an app for the same reason.

The extra caution isn’t without a good reason, either. Pew Research also noted that 41 percent of smartphone owners use their device to back up pictures and important documents. While a data-mining application might be a privacy breach for users, it can pose a serious security risk for businesses. The bring-your-own-device trend, which has also made its way into schools, means that a privacy-breaching app may have access to other sensitive files through the corporate or school network. Many organizations are adopting mobile application control software in order to address this issue, but there is another feature that can be cause for concern.

Geolocation and privacy risks
Geolocation is a common feature on social media websites like Twitter. When users tweet from their mobile devices, it allows them to automatically include where they are tweeting from. The idea behind it is harmless enough – geolocation allows friends to check out where other friends are. Unfortunately, that information can also be used by cyber criminals.

That’s why one website has designed a tool that allows users to fool Twitter. According to The Next Web blogger Nick Summers, “Please Don’t Stalk Me” allows users to pick a false location from Google Maps. Of course, there are a few other nifty ways to use the tool.

“The other day I needed to leave my flat in order to find a birthday present for my girlfriend,” Summers wrote. “She was pretty skeptical when I explained that I desperately wanted a haircut, given that I like my hair to be fairly long and I had only been a couple of weeks ago (it was a bad excuse, I know). But what if I had been able to tweet from the hairdressers? Or at least pretend that I was? My girlfriend, which is also an advocate of Twitter, would have been fooled without even realizing it.”

Would you use a tool like “Please Don’t Stalk Me?”