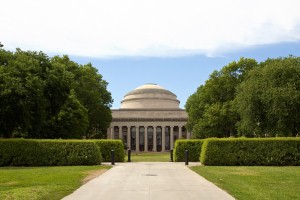 To prepare themselves for the next decade, five universities in the Boston area have teamed together to build a shared eco-friendly data center facility.

These days, no university can hope to attract top level talent if it does not have top-of-the-line technology solutions in place. To prepare themselves for the next decade, five universities in the Boston area have teamed together to build a shared data center facility.

“Today, virtually no major breakthrough, be it designing a new drug, developing new materials for clean energy or addressing climate change – can take place without computation,” the MGHPCC website said. “In silico experimentation adds a powerful new dimension to knowledge discovery in all fields, alongside theory, physical experimentation and observation. With the increasingly integrated role of computation in fundamental and applied research, the MGHPCC represents a critical piece of infrastructure that will continue to fuel the world-leading innovation economy of the Commonwealth of Massachusetts through cooperative research, education and outreach activities.”

According to BU Today, the official news publication of Boston University, the center is designed to meet the growing computer needs of BU and the other universities. The center will serve both as a remote hub for powering research and for better accommodating the daily demands of students and faculty.

MGHPCC as an energy saving computer solution
However, the facility requires a substantial amount of power to be an effective solution for the five universities. BU Today reported that the MGHPCC will require 10 megawatts of electricity every day, which is the equivalent amount of power used by approximately 10,000 homes.

The center has two concerns: reliably powering the data center equipment while also being environmentally conscious. According to BU Today, the MGHPCC uses a number of unique solutions to accomplish both goals. For one, about 70 percent of the facility’s power comes from renewable hydroelectric power from the nearby Connecticut River. In addition, to make sure that the data center does not require as much electricity as a conventional server facility, the building was fitted with a variety of efficiency upgrades so that it could receive LEED certification.

One of the major reasons why data centers often require so much energy is because server room equipment needs to be kept cool 24/7. At the MGHPCC, not only is the equipment designed to function at temperatures higher than industry norms, but the building will also be pumping in air from the outside during winter to let nature help keep costs low, BU Today reported.

Additional eco-conscious components of the multi-tenant facility are that it is housed in an old warehouse facility and that about 80 percent of the MGHPCC’s structures were built with recycled materials, according to The Boston Globe.

As a result of all of the efficiency efforts, the the MGHPCC will use approximately 25 percent less electricity than a typical data center, The Boston Globe reported. While most industrial energy consumers in the United States pay more than 12 cents per kilowatt-hour of energy, the facility will be paying approximately 8 cents per kWh.

“Running one of these computer centers uses megawatts and, as my colleague likes to say, megawatts cost megabucks,” Claude Canizares, vice president for research and associate provost at MIT, said to the Globe. “Efficiency really translates into dollars.”

Do you think the data center is a step in the right direction in terms of green initiatives? Should more organizations form partnerships like this one? Leave your comments below to let us know what you think about he MGHPCC!