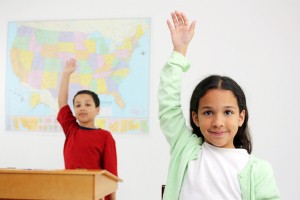 A focus on computer science education could better prepare students for the modern world.

Increasingly, digital technology has come to dominate nearly every facet of modern life. Every day, people across the globe are utilizing and interacting with computers, yet the ability to program software needed to operate them remains a niche, if highly desirable, skill. CNN writer, Douglas Rushkoff recently laid out his case for the implementation of a comprehensive curriculum that teaches young students the basics of computer programming, arguing that children today are being deprived of the basic skills needed to succeed in an increasingly computer-literate society. More and more, digital technology theorists are recommending that computer science be hoisted up into the upper echelon of educational fundamentals alongside the Three Rs.

The current state of computer science education
According to a December 2010 report issued by the Association for Computing Machinery (ACM) and the Computer Science Teachers Association (CSTA), the number of introductory computer science courses offered by secondary schools declined over a 5 year period beginning in 2005. In addition, the study concluded that current U.S. curriculums tend to trivialize digital technology, finding only 9 states allowed computer science course credits to count towards the amount needed for graduation.

The case for computer programming education
One potential effect of teaching schoolchildren computer code should perk up the ears’ of economists across North America. Due to a dearth of qualified individuals in the United States and Canada, Western companies have been forced to outsource computer programming jobs to overseas firms. The fact is, North American education has fallen behind other parts of the world when it comes to teaching students programming languages and skills, and the gap continues to widen. According to Ubuntu Life, Estonian schools recently launched a program designed to introduce the concept of computer programming to children as early as the first grade. Across the Atlantic, the UK government is deliberating over awarding computer science distinction within the English Baccalaureate (EBacc), placing it alongside subjects such as Physics and Biology.

The case can also be made that learning computer code, like physical sciences, arts and athletics, adds to a more well-rounded and robust education for students.

Problems with implementation
The implementation of a comprehensive computer science curriculum would certainly face some roadblocks. For starters, most members of current elementary school faculties would be unprepared to teach such a foreign concept. It would be necessary to bring in additional staff to present the material, a proposition that would no doubt chafe cash-strapped school districts. In addition, computer coding is still considered a niche skill by most people, and could be viewed as an unwelcome inclusion in the traditional building blocks of children’s education. Despite those issues, supporters for digital technology education maintain that students can learn far more by being taught how their classroom computer operates.

Should digital technology become a foundation of school curriculums? Are students currently being deprived a fundamental piece of their education?